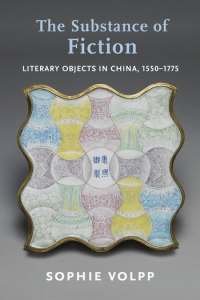 Do the portrayals of objects in literary texts represent historical evidence about the material culture of the past? Or are things in books more than things in the world? Sophie Volpp considers fictional objects of the late Ming and Qing that defy being read as illustrative of historical things. Instead, she argues, fictional objects are often signs of fictionality themselves, calling attention to the nature of the relationship between literature and materiality. A deeply insightful analysis of late Ming and Qing texts and reading practices, The Substance of Fiction has important implications for Chinese literary studies, history, and art history, as well as the material turn in the humanities.