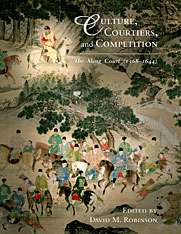 This collection of essays reveals the Ming court as an arena of competition and negotiation, where a large cast of actors pursued individual and corporate ends, personal agency shaped protocol and style, and diverse people, goods, and tastes converged. Rather than observing an immutable set of traditions, court culture underwent frequent reinterpretation and rearticulation, processes driven by immediate personal imperatives, mediated through social, political, and cultural interaction. 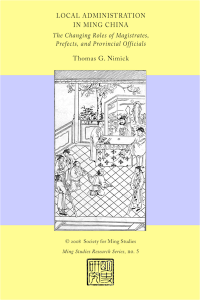 The most detailed account of local Ming government available in English, Local Administration in Ming China traces the origins and evolution of the lowest level of administrative offices over the course of the dynasty. It starts with the Ming founder’s experiments with using members of the local elite to collect taxes and goes on to the increased reliance on magistrates and prefects sent out from the center. The story concludes with the fiscal problems at the end of the dynasty.

Long Live the Emperor! Uses of the Ming Founder Across Six Centuries of East Asian History 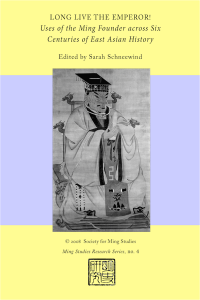 The founder of the Ming Dynasty (1368-1644), Zhu Yuanzhang, was one of the most colorful rulers in China’s long imperial history. His rise from poverty, participation in a millenarian movement, expulsion of the Mongols, unification of the empire, three decades of tumultuous rule, paranoia, and bloody purges are all the stuff of legend. Long Live the Emperor! brings together twenty essays examining how his stormy career has been interpreted in politics, the arts, outside of China, and in our own time.

Proceedings of the International Conference on Ming Taizu and His Times

This bound, photocopied, bilingual volume records the proceedings of the international conference held at the Chinese University of Hong Kong in March 2006. Supported by the Geiss Hsu Foundation, the conference examined the personality and career of Zhu Yuanzhang, founder of the Ming Dynasty. It features 31 thematically-related articles, eleven of which were later published by the Chinese University Press as Ming Taizu’s Ideas on Statecraft and Their Implementation.

By Ina Asim
University of Oregon, 2004

This project digitized and enhanced a Ming scroll depicting a street in Nanjing during the Lantern Festival marking the end of Lunar New Year. Users zoom in to examine details that were unrecognizable prior to digital enhancement, and click on hotspots to learn more information.