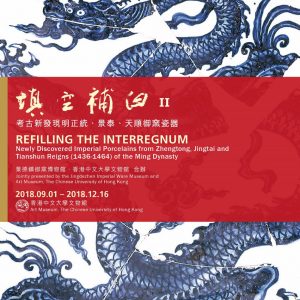 The 28 years following the Tumu Crisis was among the most politically unstable periods of the Ming Dynasty. Scholars have attributed this chaos to the constant change in rule. This political confusion marked almost every aspect of society, including that of imperial porcelain production. Featuring 158 items from the collection of the Jingdezhen Imperial Ware Museum, the exhibition and its associated programming explained how artistic innovation and experimentation not only survived, but thrived during this tumultuous period.