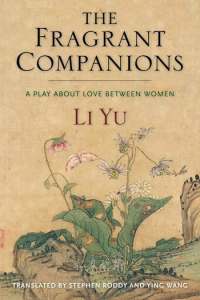 The Fragrant Companions is the most significant work of literature that portrays female same-sex love in the entire premodern Chinese tradition. Written in 1651 by Li Yu, one of the most inventive and irreverent literary figures of seventeenth-century China, this play is at once an unconventional romantic comedy, a barbed satire, and a sympathetic portrayal of love between women. It offers a sensitive portrait of the two women’s passion for each other, depicts their intellectual pursuits and resourcefulness, and celebrates their partial triumph over social convention.